It is for me a great honour – but also a great pleasure – to be invited to address this meeting of the Informal Working Group of the Structured Dialogue in Capitals Format, under Spanish Chairpersonship. I want to thank Ambassador Luis Cuesta, Permanent Representative of Spain, for his kind invitation to be here today.

I hope my viewpoint will complement the rich and interesting interventions of Dr. Ian Anthony and Mr. Andrei Vorobiev, a fellow colleague of profession.

In 2016, I had the privilege to address a joint meeting of the OSCE Forum for Security Co-Operation and the Permanent Council and to reflect on the 20 years of the Lisbon Framework for Arms Control. I saw then the genesis of what is now the “Structured Dialogue”. Now, I have the chance to see what was achieved so far and, hopefully, what are the paths lying ahead.

I have to say this is a matter of great interest to me as the OSCE is an important part of my life. This is an organisation whose relevance I never failed to stress, whose contribution to international peace and security I have always endeavoured to highlight.

As a disclaimer, let me stress these are my own viewpoints. These are the perspectives of someone who no longer represents the Portuguese Government, but who deeply enjoyed his work in OSCE, that tries to keep track of the international agenda and, with modesty, believes he may have something to share with you.

Dialogue is the key of politico-diplomatic relations, as everybody knows. 25 years ago, when the OSCE Lisbon Summit took place, it seemed that dialogue was possible everywhere. CSCE had just become the OSCE and several documents and agreements were reached: the CFE Treaty, the Open Skies Treaty, the Vienna Document and its updates – and I am just referring to elements of the politico- military dimension, which is the main focus of our attention today. Important bridges between East and West were being built. The talk about “East and West of Vienna” was not used as it is now...

In the 90’s there were “winds of change” that everybody looked at windows of opportunity. I stress “everybody” because it was quite clear that all sides shared that perspective, even looking from different geographies. We got the impression that a new spirit of international co-operation was there forever. The Cold War was over and everything seemed possible. Looking back, we need to understand that we were too optimistic. Even naive...

Focusing on the OSCE and the matters at hand, I am glad we seized such opportunities, but I regret they did not hold as they should have.

Nonetheless, the doors are always open.

The first main takeaway from that period is that we should explore an chance when it is presented to us. The 90’s were certainly a golden opportunity, but we should not think in dichotomic angles: opportunity and no opportunity. It is more like a continuum.

But let’s start by being realistic. The reasons for the current statu quo are to be found not here, in the Hofburg, but outside. The OSCE is not an “object” that floats in the outer space... This organisation reflects the “state of play” in terms of the strategic relationships that are projected in today’s world.

I would like to remember the suspicion and disagreement of the 70’s. The CSCE process was possible and a decisive institutional step, with the OSCE, was taken.

Were the circumstances better at that time? Was it a window of opportunity? Or did we have a different kind of window?

I learned one important lesson in the decades I worked in international affairs, from the United Nation to the OSCE: if there is something we can do, even at a smaller scale, to improve security, stability and predictability we should grab it.

As I understand, much of the discussions in this forum have been revolving around transparency, risk reduction and incident prevention. Is this as ambitious as we had in the past? It does not seem so. But is it relevant? I would say it is.

A second takeaway would be notion of understanding, essential to achieve common results. It was easy for us to understand each other or it did make more efforts to do so?

The goal of the Spanish Chairpersonship of this forum, to increase common understandings, goes, in my view, precisely in the right direction. Five years ago, I remember I quoted here several passages from the Lisbon Summit Document. I will not read them again, but I would ask again the same question I did before: “Are we sure that we would be capable, all of us, to recognize ourselves under those common banners?”

I understand that some of us consider that the security balance is not exactly what it was. With different perspectives we may agree the things are not what they were. But our responsibility is to show our good faith and implement our previous commitments.

The only way to do that is to confirm what we signed up to. And that does not preclude the possibility of having a discussion about it. Apparently, some partners read things in a different way. They consider that the strategic balance changed, and the commitments need to be revisited. I think a discussion around those commitments may be made, but until that discussion is concluded we need to abide by what was subscribed. These are the rules of any kind of agreement in good faith.

It is evident that the achievements of the 90’s did not hold as we envisaged. It is also evident that the erosion of our common security architecture has continued since the last time I was here. I recall:

• The CFE Treaty continues without fulfilling its potential;

• The Vienna Document modernization remains to be achieved, despite the mismatch with the military structures’ evolution;

• The Open Skies Treaty is faced with withdrawals.

You know this by heart, but I could not fail to stress it.

Can we blame the Lisbon Framework for Arms Control? Sometimes I ask myself this question. And my answer is no. We can think about the Framework as some kind of “Constitution” for arms control (the OSCE itself has different “constitutional” texts): it spells out the fundamental principles, but it needs laws to be further implemented and detailed. Needless to say, such laws need continuous review and update. So, as the Framework retains its validity and relevance, the answer is no, in my view it should not be blamed.

Common will to address the current security situation is paramount. I would stress the political will. However, by no means I diminish the so-called “technical level”, of both diplomats and military.

During the Lisbon Summit I was a member of the Portuguese government, with responsibilities in the European affairs. And I remember the importance of the “technical” input in our discussions and how this was relevant for our achievements. In the politico-military sphere, such knowledge is not less relevant. I would say the contrary.

Dialogue is the DNA of diplomatic services. So, in principle, it should not be a particular feat to engage in such activities. But we need to think about the progress the international community did in bringing the military establishments to cooperate with each other in order to avoid the risks of war and preserve peace. The reduction of the relevance of the military factors in European affairs was the major common victory we have achieved in the previous decades and the OSCE was decisive for that. This was an outstanding achievement which contributed to the transparency and predictability, with positive effects in the security across the whole continent.

Despite the great accomplishments of the past we must accept the reality that a great divide prevails today in the OSCE. I repeat what I said earlier: the reasons for that need to be found elsewhere, and we all know what is at stake.

But the past experience proved that it is in everybody’s interest to preserve the “acquis” of OSCE. Some believe there is no room for improvements in our confidence and security building measures unless the rights conditions are place. If we “wait for Godot” we may lose the timing.

Others refer to the importance of taking concrete steps to have the desirable trust and confidence.

At the same time, disagreement on the root causes of conflicts remain.

We need to give dialogue a chance. The OSCE remains an irreplaceable platform for dialogue and for the creation of a common culture in security and co- operation. I remember I had that idea in 1996. I confirmed it in 2002, when I chaired the Permanent Council – and I must say I still feel proud when I remember that it took me many hours to reach the Porto agreements, including the political declaration, the last to reach consensus at ministerial level. I recall many people warned me that this was not possible. With political will and some sense of compromise I proved them wrong. We all prove them wrong.

I know things are now different from what they were 19 years ago. But we remain seated around the same table, even if not in practical terms today. That proves that we still consider OSCE has an important role to play.

Not to agree to talk openly about the basic issues which are at the core of this organization may condemn it to irrelevance, which, I think, is in nobody’s interest.

Our ultimate goal, we need to remember everyday, is not arms control. This is only a tool. Our essential goal is to maintain peace and stability. And we cannot fail on this.

Thank you very much for your attention. 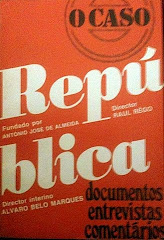 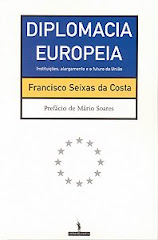 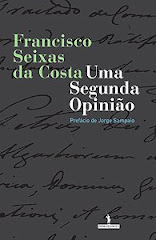 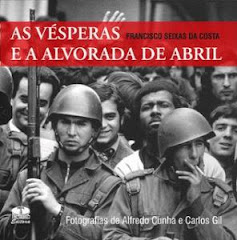 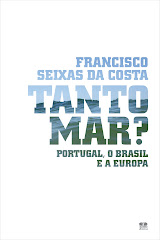 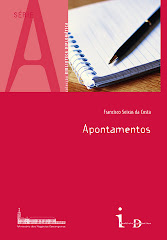 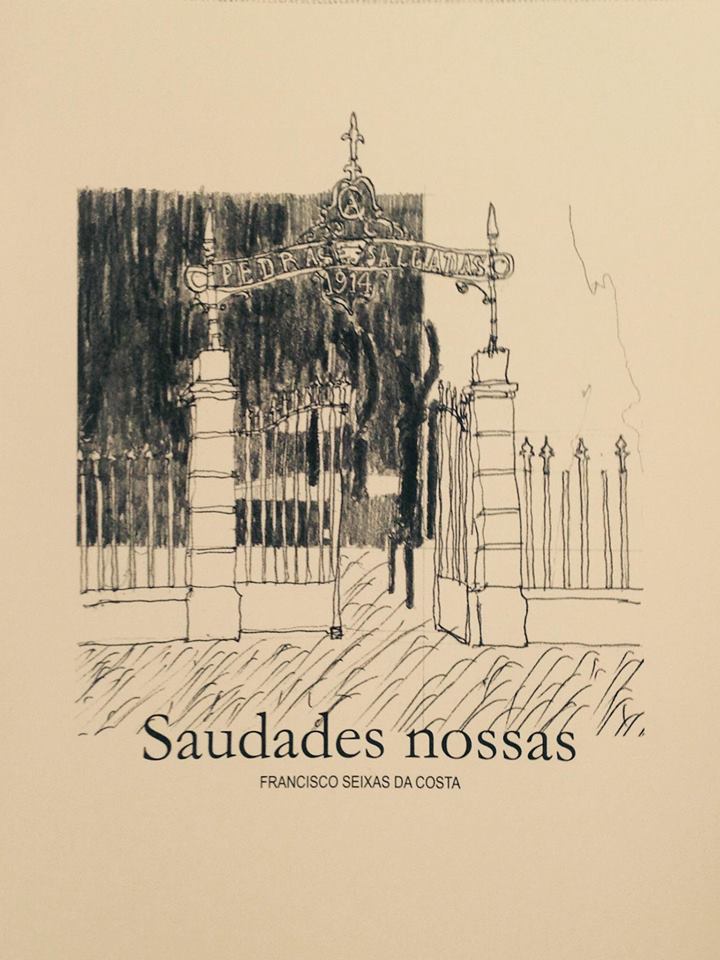